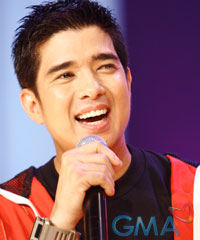 Francis Magalona (October 4, 1964 – March 6, 2009), also known as FrancisM, Master Rapper, and The Man From Manila, was a prominent Filipino rapper, songwriter, producer, actor, director, and photographer. Often hailed as the “King of Pinoy Rap“, he was considered a legend in the Philippine music community. With the success of his earliest albums, he was the first Filipino rapper in the Philippines cross over to the mainstream. He is also credited for having pioneered the merging of rap with Pinoy rock, becoming a significant influence to artists in that genre as well. He was also a popular television host, notably on MTV Asia where he served as one of the channel’s first Filipino VJs, and on noontime variety television show Eat Bulaga!. Magalona died on March 6, 2009 at the age of 44 due to acute myelogenous leukemia.

This site uses Akismet to reduce spam. Learn how your comment data is processed.

think not of what was..but what it will be..